Well, Dear Readers, Sean here, I have never been in mountains anything like the Canadian Rockies. To say they are breathtaking is an understatement, but, gosh, darn it, they are, stunning. So taken were Daryl and I by the town of Jasper that we’ve decided to return and stay for a month from late November until just before Christmas. We arrived in Jasper by train the week before Halloween and immediately fell in love with the place. Nestled in a valley, surrounded by snow capped mountains, glacier fed lakes and the largest national park in the Canadian Rockies, Jasper is a picture perfect, idyllic alpine town. Elk and deer wander the streets unafraid of humans. Hunting, a popular Canadian pastime, is not allowed in national parks, hence the wildlife are much more relaxed around people than in other parts of the country.

The place we’ve rented there is an attic apartment atop an early 20th century log cabin. Complete with claw-foot bath, gas fire and mountain views. The locals in Jasper are very friendly. There is a vibrant artistic community in town and a welcoming spirit. Daryl and I went to a screening for the Vancouver International Mountain Film Festival and fundraiser for a local family at the Legion, (that’s the RSL, Aussies) on our first night in town and won a pair of lift tickets at Marmot Basin, the local ski hill. Thank you Jasper, our ski season is off to a great start!

While in the area we drove south to Lake Louise, Emerald Lake, Field and Banff along the majestic, Icefields Parkway. It is truly one of the world’s great driving experiences. Australia’s Great Ocean Road and the USA’s Highway One, California are incredible, but for my money, the Icefields Parkway is top of the podium out of these three. If you ever get the chance, take it, but do it in good weather. Check local traffic sites before leaving, the road is regularly closed in wintery weather. The parkway winds through wide river valleys, tiny mountain passes and passed more glaciers than I had ever seen in my life. Ok, until this drive, I had never seen a glacier and there are a lot on this drive. How many? I don’t know. Anyway the wow moments are frequent.

Emerald Lake is as the name suggests, beautiful. So is Lake Louise. Dazzler and I were lucky enough to find accommodation at the stately, 19th Century, Emerald Lake Lodge. With an open fire place in the room, out door hot tub and view of the lake, it is right on the lake, we loved it. I had a close encounter with a steller jay while breakfasting on the balcony there, the curious, hungry bird was keen on my oats. I also saw my first pine marten and learned the emerald waters of the lakes in the region are as such due to the powdered rock particles suspended in the water. The rock, pulverised by the advancing glacial ice lends the water a dazzling glow that left early white surveyors so in awe they named many of the region’s lakes after beautiful or regal ladies and gems.

Banff is incredible too. We were lucky enough to be in town during the opening weekend of the world renowned, Banff International Mountain Film and Book Festival. While there must have been a mix up with our opening night invitations, we happened along nonetheless and walked right into the opening of an art show featuring site specific, story inspired mountain art, some of which was really interesting, engaging work. The canapés were running low though so, we didn’t stay long. At a local artist’s market we found some beautiful work and bought some gift cards featuring paintings of mountain birds from a French woman who settled in the Rockies a while back. We danced in the moonlight to a hillbilly band playing “Wagon Wheel” to waiting film fest crowds and hit the road. 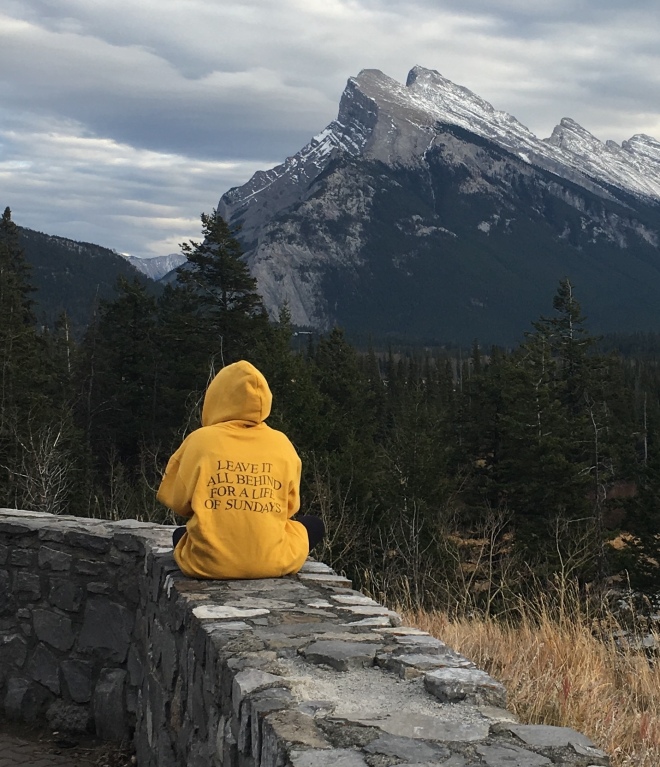 Banff is very pretty but very busy, a little too busy for us. So, after spending a couple days around Field, a tiny old railway and mining village, we headed back to Jasper, our favourite Rocky Mountain town.

We arrived back in town the night before Halloween. I’d never experienced the spooky, dress-up holiday in North America and was looking forward to it. The morning of October 31 we woke to find Jasper in a blanket of snow and it kept falling all day. Big fluffy flakes like feathers. Delightful. Really, the locals complained about the kids trick or treating in the snow, but for this bloke from Australia, you couldn’t do Halloween better. All those fake plastic bones and ghouls look all the more ghostly with a dusting of snow on them and cold weather is perfect for hot chocolate and an excess of candy! Daryl and I dressed as Zombie Mimes, surprised our new landlords, put on some impromptu street theatre for the easily impressed local kids and had a ball. I must confess to being a bit of a Scrooge about the rising popularity of Halloween in Australia but Bah humbug to that, Halloween rocks! Especially in a sweet little, snow covered mountain town. Thank you and see you soon Jasper! 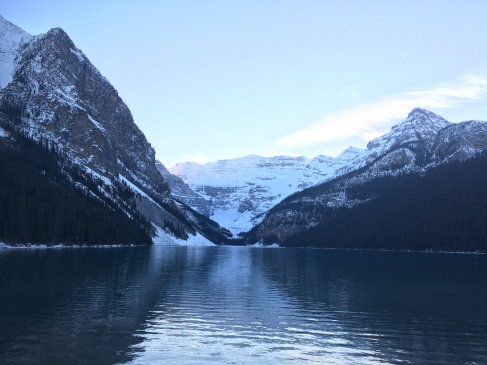