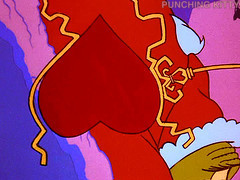 Today I’m giving away almost everything I left in Belgium 2 years ago. At first I was a bit angry at myself for having left stuff in storage, only to get rid of it now, but it’s been such a great day that it is all worth it. I’ve had people from India, Russia, Bulgaria, Vietnam, Uganda – even a Belgian! – come by, share their story, and leave with full arms. My heart is doing a reformed-Grinch – some serious emotional hypertrophy – meeting all these awesome people and seeing the universe give us all what we need in the guise of pots & pans and inflatable mattresses.

I’ve been struggling a bit with the months of moving and transitioning, but today was amazing and I got way more out of this than anyone who just left with stuff. It was such a profound reminder of how looked after I am to have so much I can so easily give. The last woman, an immigrant unable to find work, told me how she’s been struggling with depression and finds Brussels really difficult in the winter without speaking French (you and me both, sister!). She came only to find the things she was searching for already gone. But then she saw some mindfulness books in a box that I planned to keep, and said she knew there was a reason she came all the way to my apartment. I gave her the four books I intended to take to Australia, we talked about the value of making things by hand (she inspected my latest mochilla), and I gave her the last of my palo santo as she was leaving. So often energy is spent in making our lives appear happy, beautiful, perfect, but often the most imptorant connections are those where you just admit that sometimes things are hard and everything is going to shit.