The Best Place to Change a Decade 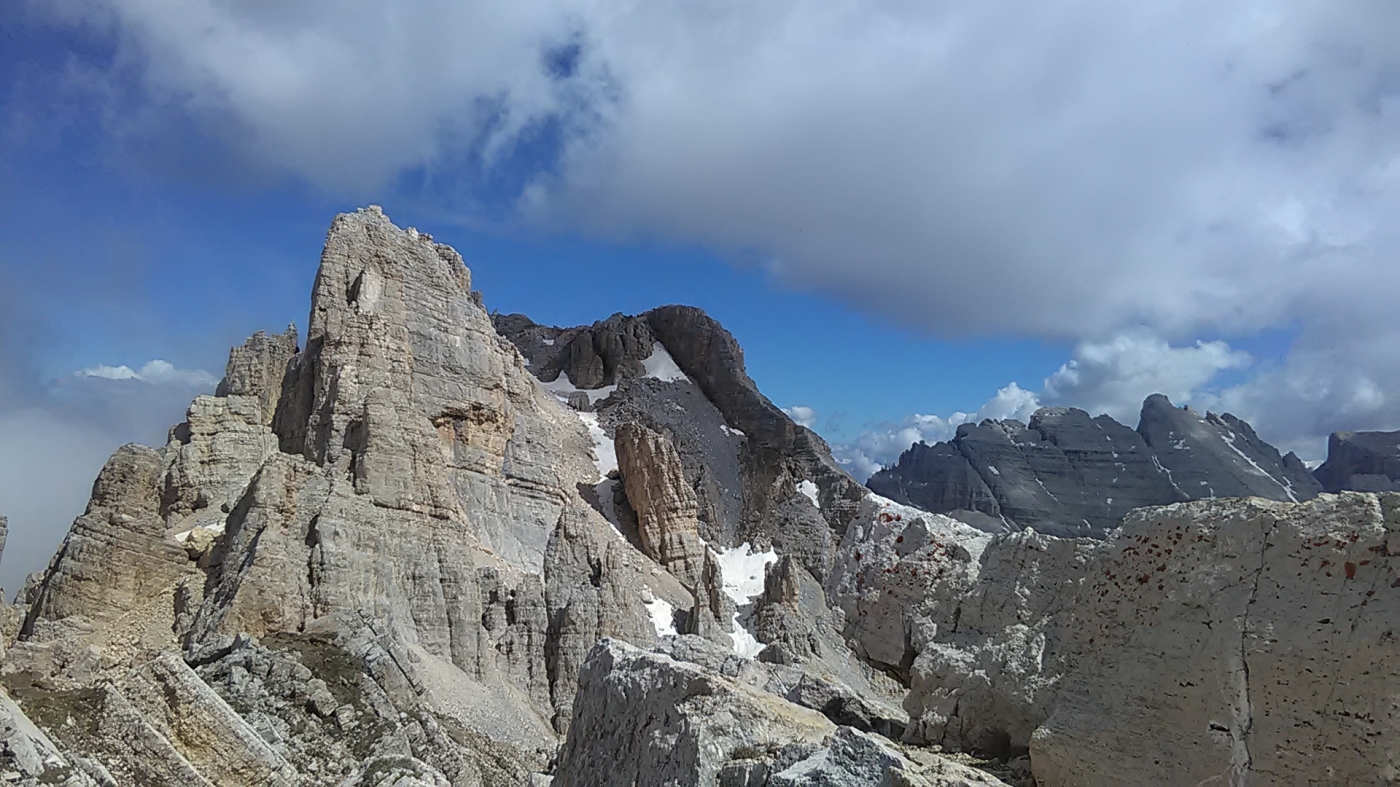 Last week was a milestone for me. I turned the big 3-0, and decided the best way to spend my birthday week would be in one of my favourite places in the world: the Italian Dolomites.

As usual, the trip was a last-minute affair, with me flying from Brussels to Venice on a Thursday night just before midnight, in time to pick up my $9/day rental car and hit the road. When I landed I messaged Giorgio and Andreas, two Italians I met on New Years Eve in 2013 in Munich. That time I’d also been on a last-minute trip to cross country ski and had been quite disappointed when Austria had a warm weather spurt resulting in crappy conditions. Fortunately I met Giorgio and Andreas who told me that Bolzano was under a huge snowstorm and that I should come ski with them for a few days. I did, and learned many, many important life lessons including how to pair pasta with the appropriate sauce. Hitherto I had been completely ignorant of this art/science, but they quickly saw the error of my ways and gave me lessons in how to perfectly cook pasta and were patient with me when I was too distracted by aperitif and gorgonzola cheese to be much use in the kitchen.

Anyway, when I showed up in Italy and sent them a text message, they said to come straight to their place and we’d go hiking in the morning. So I did. And it was awesome. The next morning, together with their friend Carlo, we went for a hike in freezing temperatures. I cannot express how many times I thought of my down jacket hanging in my parents’ basement that day as Giorgio, the punk, threw snowballs down at me from higher up on the mountain. Hilariously that night at dinner, after 2 1/2 years, I found out that when I met him, Giorgio had not understood what cross country skiing was, and when he invited me to stay with them, he thought I’d be downhilling with them on snowboards. Ironically, there was too much snow to ski that trip, so we went sledding instead. However, I’ve decided it’s time to learn to snowboard, and we’ve made that our project for this winter, along with hiking the GR20 on Corsica and climbing something cool.

After a few days of hiking, running, climbing, and (mostly) eating with Giorgio, Andreas, Carlo, and Mauricio (G&A’s usually absentee roommate), I kicked it to spend my birthday in Milan. Before leaving I ran up to Torre di Pisa, on an absolutely stunning trail from Obereggen, climbing 1100m before snaking around a couple of peaks at the top and descending back down to the ski station. The top was fun: the trail hadn’t been used for a while it seemed and there was a lot of snow. The warm weather that day softened things up, and suddenly made me realise just how deep the snow was when I fell into it chest-deep wearing split shorts and a singlet. It took a bit of effort to extricate myself, but was fun. On the way down, just under the snow line, I started sliding on some loose shale. I’d been doing it quite a lot – surfing the rocks down the slopes, but when I tried to slow myself, I flexed my foot and heard a loud pop in my ankle. I was pretty worried I might be in trouble as the path I was on was a side trail that was not well travelled, and was still quite high up. However, all was well – it took me about 3 times as long to descend as it should have, but fortunately I made it back fine. 12 days later I still have a cankle that resembles a 300lb hypertensive patient, but  it’s still attached and I think it’s improving.

The Dolomites are such an amazing place. I had planned to do the via ferrata on Tre Cime, but due to the ankle and other birthday plans, it didn’t happen this trip. It’s now the 4th future project to come out of this trip.

My birthday was a fantastic day touring around Milan, eating cannoli for breakfast and tiramasu for dessert. I have to say, this decade is off to a good start. 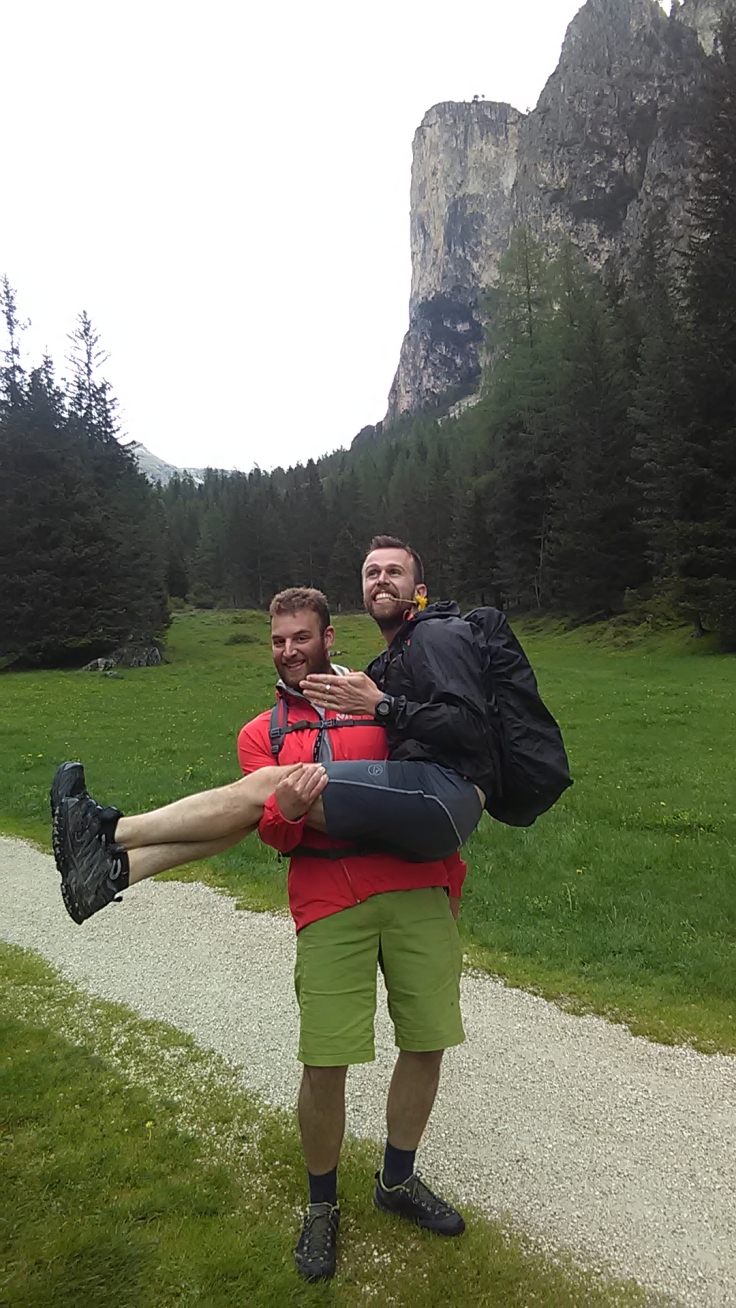 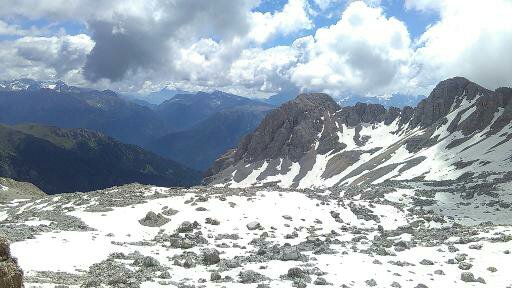 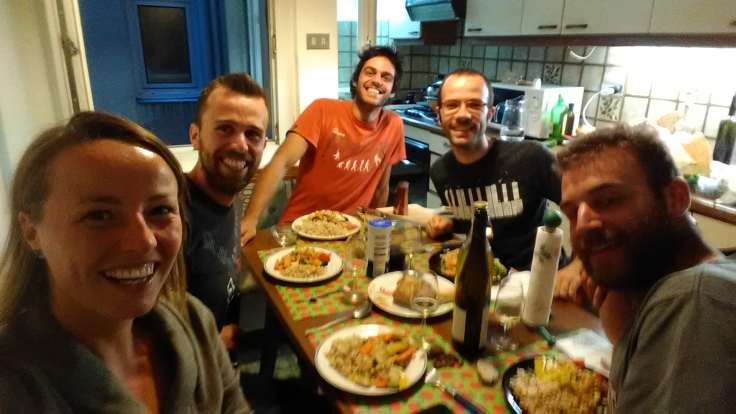 One thought on “The Best Place to Change a Decade”