I arrived in Alto Paraiso, the main town in the region of Chapada dos Veadeiros last week. After renting a car from the airport I figured I had a great plan: stay a couple of days then return the car to Brasilia before catching a bus to Rio and eventually making my way south to Uruguay to get back to Spanish lessons and perhaps hit the beach.

That plan didn’t last long. This place seems to suck you in and not let you go – I’ve met several people who came for 10 days and it’s now two years later. I might be one of them.

The natural beauty of Chapada dos Veadeiros is stunning. Within 25km you can visit over 30 major waterfalls. There’s a national park nearby where I’ve been running on trails of quartz. In fact, this place is the brightest spot on earth if you’re looking down from space. The light from the sun hits the quartz crystals underground and is reflected, making me think of it like the giant metal saucer covered in sled wax from National Lampoon’s Family Christmas. This natural phenomena may also be responsible for the number of crazies here. Actually they probably don’t appreciate that term – “alternative” is likely better (especially since I’m now one of them!). Not only is there a thriving hippy community (which is amazing… Thank you to all the organic farmers and the lady who makes homemade ghee – I love you), but there are also regular visits from aliens. The Alto Paraiso region also has one of the highest rates of UFO sitings on Earth. Add to this that the stars are incredibly bright – one guy told me the views are better here than in the desert (and he owned a telescope, so I consider him an authority on these matters). It’s really rather magical and I have no plans to leave. 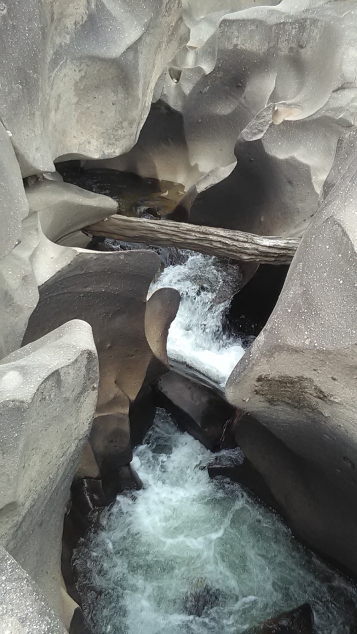